“ONLY IN THE DARK” | RIP Jason Molina 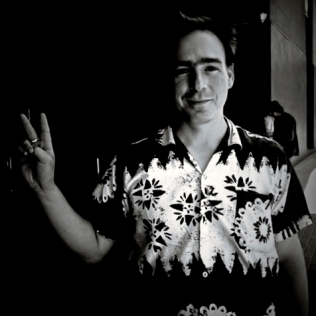 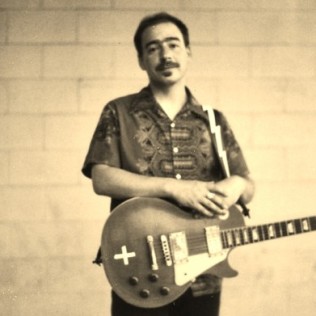 I was introduced to Jason Molina’s music a few years ago by a dear friend, Tod Goldberg, who shares a freakishly like-minded musical brain. He recommended I start with the album “Trials and Errors” —> a live album that was somewhat of a departure for Jason Molina at the time, moving from a stripped-down alt-country sound, to an electric, mordant blues. Needless to say, this album destroyed me, his fragile angelic voice coursing with a breathtaking and beautiful sadness. I was hooked. Jason Molina music is capable of leveling any listener down to their studs with just one song. His lyrics accompanied by a forlorn and often moaning guitar often accomplishes greatness.

[I can’t bring myself to root through the garbage of demons and devils present in Molina’s life, but if you want all the low-lights, complete with a gut-wrenching letter Molina wrote to his fans in 2012, thanking them for contributing money to a fund set up by his record company and family to cover his medical bills, then check out Spinner’s article. I swear it will hurt your heart.]

Jason Molina was one of the last hard-living, dirt road traveling, love lost true bluesmen around and the saddest part of all is that in death Molina’s popularity will soar, something that only just escaped him in life.

David Haglund described in his Slate article how Molina’s “songs are frequently dark and personal, delivered in a quavery voice that seemed to catch something of his own fragility. Several of them have been making the rounds . . .  as word has gotten out about Molina’s passing.” In particular, “Nashville Moon” —>

For those of you only just making the acquaintance of Jason Molina, I’ve gone ahead and done you a solid —-> below is a playlist I made called Jason Molina, et al. which consists of everything Jason Molina ever produced [that I could find on Spotify], arranged chronologically according to release dates.

J.R. Angelella has an MFA from the Bennington Writing Seminars and his award-winning short fiction has appeared in various literary journals. He teaches writing at the University of Maryland, College Park and lives in Baltimore with his wife, the writer, Kate Angelella. For more information, visit his website at www.jrangelella.com or follow him on twitter: @jrangelella.
View all posts by J. R. Angelella →
Image | This entry was posted in Le Magic, man!, Nonfiction, Other People's Projects. Bookmark the permalink.